Pangani Village, 52 km south of Tanga, is located at the point where the Pangani River empties itself into the Indian Ocean. The river passes through the north side of the village, separating the old buildings and the present-day market from the farms and small houses on the south side. The river itself has a car and passenger ferry that runs from early morning to 1800. There are some handsome old Arab houses in town, though these are in poor repair. Around Pangani there are some excellent beaches. 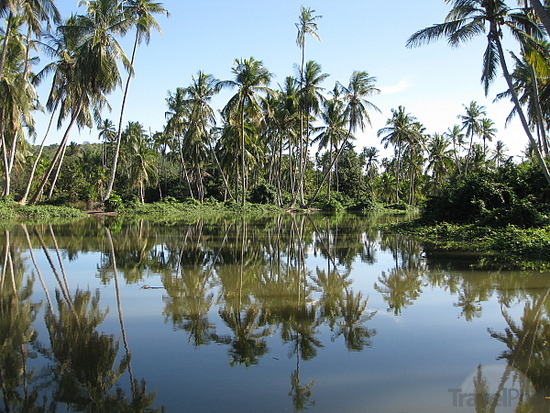 There has recently been a mushrooming of resorts similar to those on the north coast of Zanzibar with thatched cottages, laid back rustic bars and restaurants serving fragrant Swahili seafood, and increasingly a good choice of water sports. None of them are in the super luxury category but instead are friendly and informal retreats for mid-range and budget travelers. When choosing where to stay, bear in mind that while the resorts to the north of town are more than adequate, most are on cliff tops where there is a short walk to the beach and much of the surrounding landscape is made up of sisal plantations.

Ushongo Beach to the south of town however, is glorious – a long swath of white sand backed by towering coconut palms. It’s possible to swim even in low tide in water that averages around 25°C, and when the tide does go out, it’s possible to cycle along the smooth sand on the edge of the surf. In the afternoons you will be greeted by the delightful sight of school children walking home along the beach. This is one of Tanzania’s best kept secrets and makes a fine and more peaceful alternative from Zanzibar or the Kenyan coast for a beach holiday and is a long way from mass tourism. Another great advantage of visiting Pangani is the unbelievably friendly and helpful Pangani Coast Cultural & Eco Tourism Programmer (PCCT) who can organize a vast range of tours and activities in the region, most of which involve interaction with the local community. 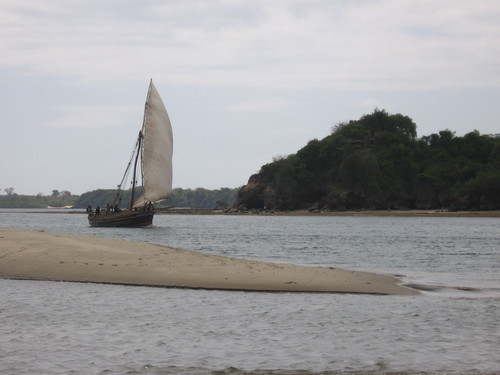 Ins and outs
The approach to Pangani is along the unpaved road from Tanga. The road is fine in the dry season but becomes slippery in the wet. Much of it passes through a vast sisal plantation. There are regular buses from Tanga until about 1400, which take about two hours (depending on the season)  It is only 52 km but the road is very bumpy. The bus will drop off outside the beach resorts between Tanga and Pangani. None of them are more than 1 km off the road. Once in Pangani, an option for budget travelers is to stay in cheap accommodation in town and hire a bike from places at the bus stand, take the ferry across the river and cycle to one of the beach resorts south of town for lunch nd to enjoy the beach. If you get back too late for the ferry, which stops at 1800, you can try and negotiate with a local boatman to take you across. Bring cash with you from Tanga; while there is a bank in Pangani it doesn’t change money and has no ATM. This has caused problems for travelers before who have had to return to Tanga and back to Pangani to pay for hotels. Be aware, as in other places in Tanzania, it’s fine to wear bikinis and shorts on the beach, but in town it’s important to cover up so as not to offend the Muslim community.

Background
Swahili for ‘distribute’ or ‘arrange’, it comes as no surprise that Pangani was one of the earliest ports established by the Arab settlers. A prosperous port during the 19th century, the community was ruled by an Arab Liwali, five Shirazi Jumbes and a network of akidas. Indian traders financed parties under Akidas to collect ivory and rhinoceros horn in the interior, and there was some trading in slaves. The town prospered as the trade in ivory and slaves flourished. It was at Pangani that Bushiri, leader of the Arab revolt of 1888-1889, was finally captured and executed . 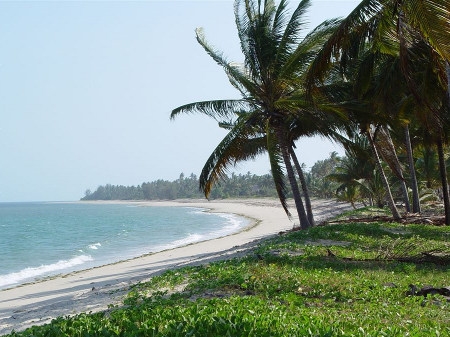 The mouth of the Pangani River is crossed by a sand bar. This provided shelter for dhows, and prevented them from being pursued by steam vessels when the slave trade was being suppressed after 1873. However, it also meant that vessels of deeper drought could not use the port. Traffic drifted steadily to the newer facilities at Tanga, subsequently accelerated by the railway linking Tanga to Dar es Salaam and Moshi.

In 1930 the population was around 1500 but the substantial houses on the north side of the river, built largely by slave labour, have fallen into disrepair. The economy of the town shifted to reliance on the sisal plantations, Pangani being served by shallow-draught steamers, but sisal declined drastically in price with the advent of synthetic fibres in the mid-1960s. There are still many coco-palms and some fishing.