Lake Natron is a salt and soda lake in the Arusha Region of northern Tanzania. The lake is close to the Kenyan border and is in the Gregory Rift, which is the eastern branch of the East African Rift.The lake is within the Lake Natron Basin, a Ramsar Site wetland of international significance. 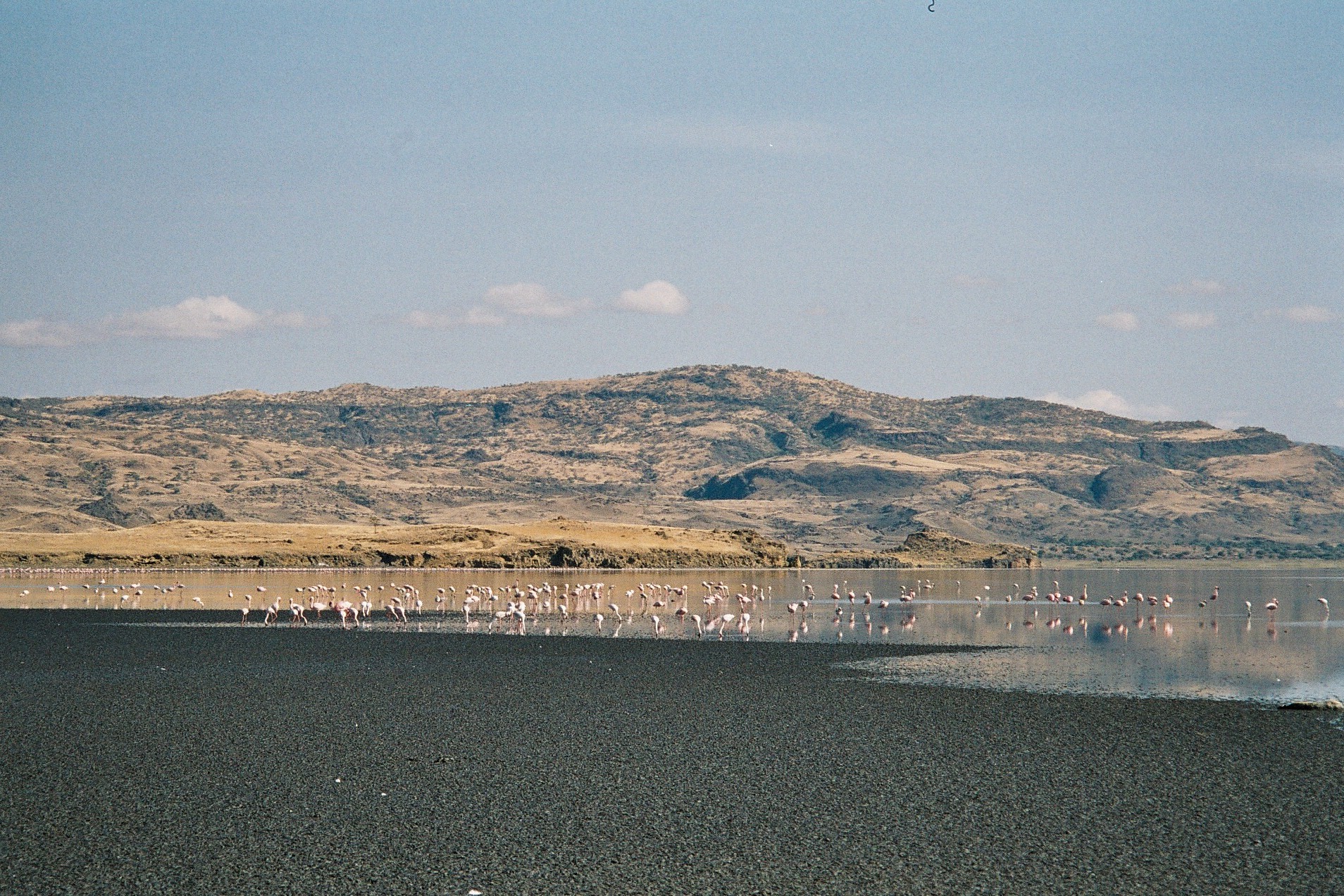 The Gregory Rift: is the eastern branch of the East African Rift fracture system. The rift is being caused by the separation of the Somali plate from the Nubian plate, driven by a thermal plume. Although the term is sometimes used in the narrow sense of the Kenyan Rift, the larger definition of the Gregory Rift is the set of faults and grabens extending southward from the Gulf of Aden through Ethiopia and Kenya into Northern Tanzania, passing over the local uplifts of the Ethiopian and Kenyan domes.Ancient fossils of early hominins, the ancestors of humans, have been found in the southern part of the Gregory Rift.

The lake is fed principally by the Southern Ewaso Ng’iro River, which rises in central Kenya, and by mineral-rich hot springs.It is quite shallow, less than three meters (9.8 ft) deep, and varies in width depending on its water level. The lake is a maximum of 57 kilometers (35 mi) long and 22 kilometers (14 mi) wide. The surrounding area receives irregular seasonal rainfall, mainly between December and May totaling 800 millimeters (31 in) per year. Temperatures at the lake are frequently above 40 °C (104 °F). 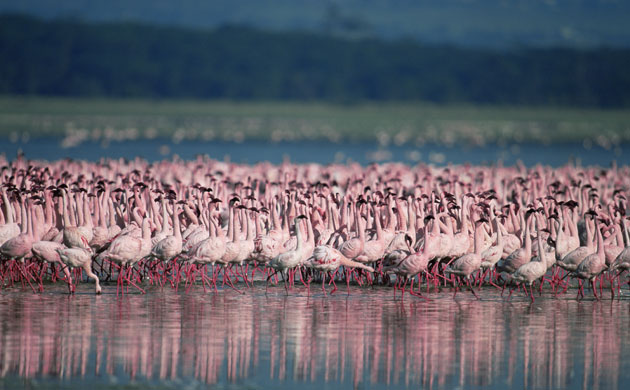 High levels of evaporation have left behind Natron (sodium carbonate dehydrate) and trona (sodium esquire carbonate dehydrate). The alkalinity of the lake can reach a pH of greater than 12. The surrounding bedrock is composed of alkaline, sodium-dominated trachyte lavas that were laid down during the Pleistocene period. The lavas have significant amounts of carbonate but very low calcium and magnesium levels. This has allowed the lake to concentrate into a caustic alkaline brine.

The alkaline water in Lake Natron has a pH as high as 10.5 and is so caustic it can burn the skin and eyes of animals that aren’t adapted to it. The water’s alkalinity comes from the sodium carbonate and other minerals that flow into the lake from the surrounding hills. And deposits of sodium carbonate which was once used in Egyptian mummification also acts as a type of preservative for those animals unlucky enough to die in the waters of Lake Natron. Despite media reports, the animals do not simply turn to stone and die after coming into contact with the lake’s water. Lake Natron’s alkaline waters support a thriving ecosystem of salt marshes, freshwater wetlands, flamingos and other wetland birds, tilapia and the algae on which large flocks of flamingos feed.

About OlDoinyo Lengai
Ol Doinyo Lengai, “Mountain of God” in the Maasai language, is an active volcano located in the Gregory Rift, south of Lake Natron within the Arusha Region of Tanzania.

OlDoinyo Lengai is an extremely fascinating volcano: it is the only active volcano known to erupt carbonate lava, a sensational discovery scientists made as recently as in the 1960s: the lavas it erupts are NOT melts based on silica, but on Natron carbonate! Thus, the temperatures of these lavas are much lower, “only” about 600 deg. C., and Lengai’s lava does not emit enough light to glow during day,- only at night, a dull reddish glow that does not illuminate anything is visible. Also because of its peculiar chemical composition, the lava is extremely fluid and behaves very much like water, with the exception that it is black like oil. After it is cooled down it quickly alters and becomes a whitish powder. 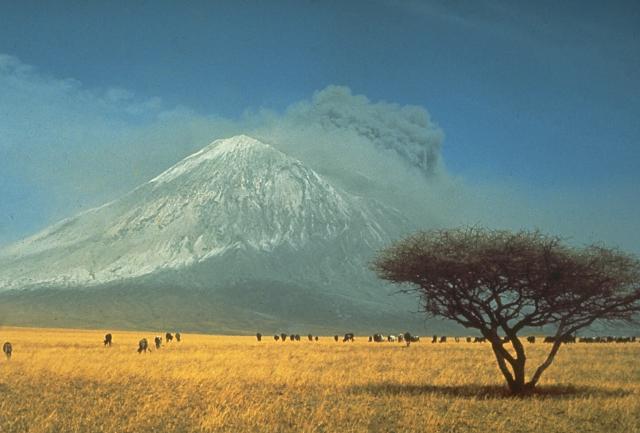 Geologically, the present-day cone of the volcano was constructed about 15,000 years ago. Historical eruptions have been moderate to small explosive events. In addition to its intermittent explosive activity at intervals of typically years or decades, numerous Natron carbonate lava flows have been erupted from vents on the floor of the active summit crater.

The depth and morphology of the active (northern) crater have changed dramatically during the course of historical eruptions, ranging from steep craters walls about 200 m deep in the mid-20th century to shallow platforms mostly filling the crater. Long-term lava effusion in the summit crater beginning in 1983 had by the turn of the century mostly filled the northern crater; by late 1998 up till today lava had begun overflowing the crater rim.